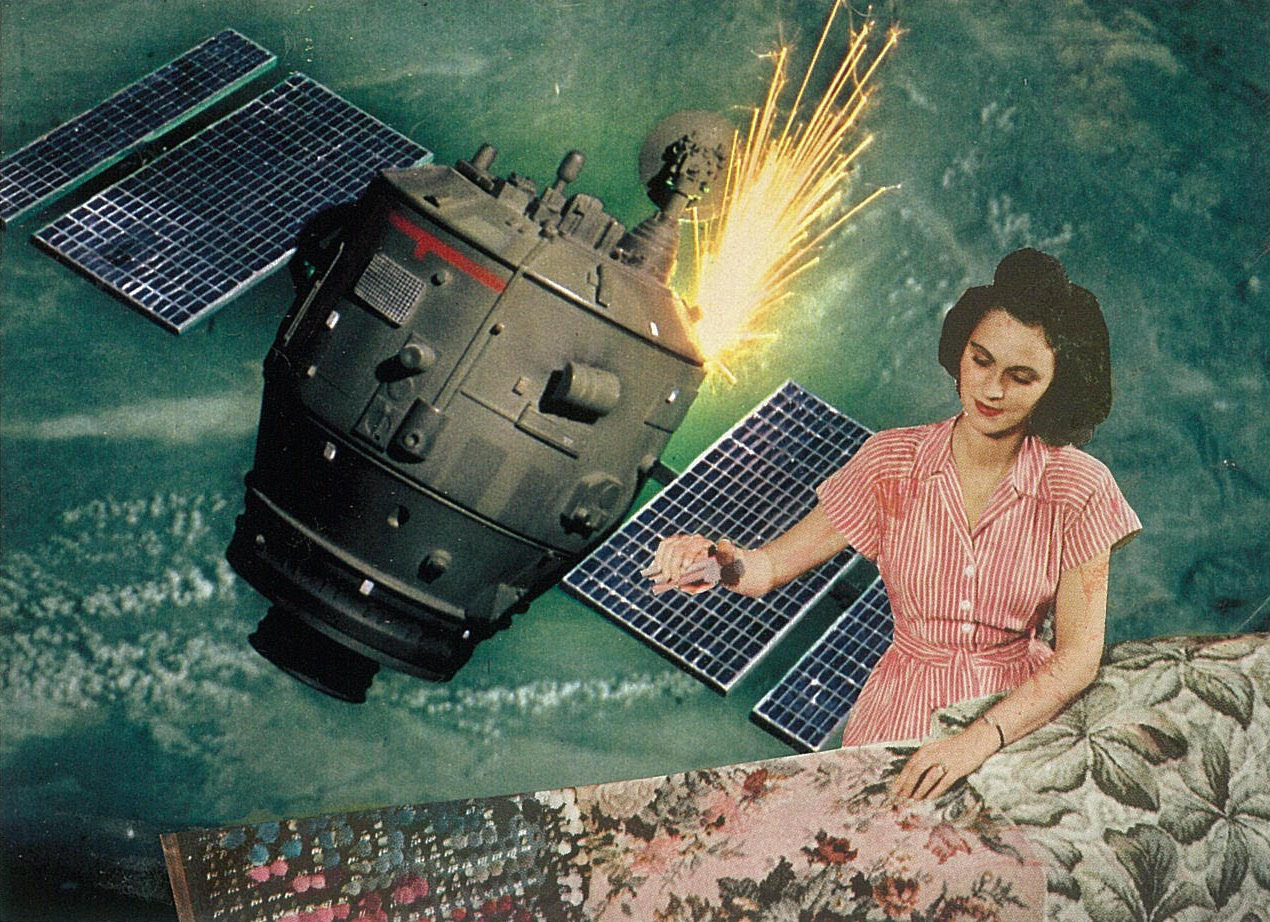 Big Man sqeezes the cars down into pancakes,
flattens them into the bitumen
until their wheels are the tallest things.

Sleek disks slide down the streets,
dropping tiny people off at the corners.

The moon’s light reflects off their backs,
bigfaced moons bouncing back and forth
between earth and the outersphere.

Where does all the light come from, you ask,
and Big Man crushes another car.
That’s easy, he says, light comes from Big Man.

That’s not quite right,
one of the tiny people says
from down low on the concrete
at the corner of Tory and Vivian.

Where do all the tiny people come from, you ask,
but Big Man is on Taranaki by now and he can’t hear,
big legs shaking the lightbulbs loose all the way up the hill.

A tiny person is holding onto your shoelace,
his left ear sliding up your ankle bone with every step
like a tiny caress.

Broken glass litters the footpath ahead of you
and you’re happy the bigfaced moon is out tonight.
Big Man rounds the corner and disappears.
When is the next astronaut going up, you ask,
at least tell me that.

A tan moth peeks out from the curtain
when you pass the old dog’s house.
You listen for Big Man’s response but all you hear
is the laughter from seven tiny people gathered at the next corner.

Carolyn DeCarlo has written two chapbooks, Strawberry Hill (Pangur Ban Party 2013) and Green Place (Enjoy Occasional Journal 2015), and co-authored two chapbooks, Twilight Zone (NAP 2013) and Bound: An Ode to Falling in Love (Compound Press 2014), with Jackson Nieuwland. Recent writing has appeared in or is forthcoming from Deluge, PANK, West Wind Review, Fanzine, Turbine and Sweet Mammalian. She is trying to find the joy of living in Maryland. Follow her on Twitter @carodecarlo